Children's activity levels down but many embrace new opportunities 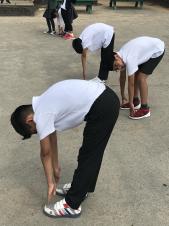 The number of children and young people who were physically active fell during the 2019/20 academic year in England, as first storms and then the coronavirus (Covid-19) pandemic restricted the type of activities available.

The figures, published in Sport England's latest Active Lives Children and Young People Survey covering the 2019/20 academic year, show 44.9% of children and young people (3.2 million) met the Chief Medical Officer guidelines of taking part in sport and physical activity for an average of 60 minutes or more a day.

The survey showed activity levels were increasing during the autumn term (2019) and the overall drop over the academic year was due to disruption caused by the storms in the spring term and the impact of the pandemic across the summer term.

However, thanks to the dedication and resourcefulness of parents, teachers, coaches and organisations who deliver activities, the drop during the period between mid-May and late-July (when restrictions started to ease) was significantly less than it was for adults earlier in the pandemic.

To explain the survey's results as clearly as possible, Sport England have produced two reports.

The first covers the full 2019/20 academic year and, in addition to the pandemic, also includes the significant impact of the storms that were so disruptive last January and February.

The second focuses specifically on children and young people's behaviours in the summer term as activity restarted after the first national lockdown.