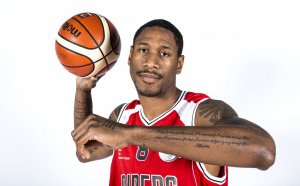 Drew Sullivan joined the Leicester Riders during the 2010/11 season, playing for them for 3 seasons, where he was a part of the team that completed the treble in 2012/13.

After a season away with the London Lions, Drew has now returned to the Riders for the 2015/16 season. Drew has also been a part of the GB senior team since its formation in 2006 including captaining the team at the London 2012 Olympic Games. 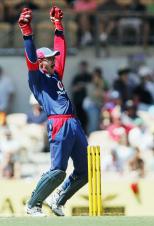 Paul's 23-year career in the game saw him lift three T20 titles and two County Championships for Leicestershire, whilst also becoming Club Captain and a fans' favourite in the process. Paul was also part of the Natwest Pro40 title winning team with Kent in 2001.

In 2007, at the age of 36, Nixon was called in to the England squad and represented his nation at T20 and One-Day International level, winning a series against Australia and New Zealand, before starring in the World Cup in the West Indies, nearly pulling off an incredible victory over Sri Lanka after an 87 run partnership with Ravi Bopara.

Nixon retired from the game in 2011 after leading Leicestershire to the T20 title and a place in the Champions League T20 qualifying stage. 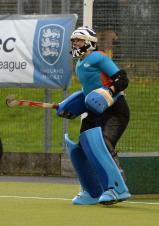 Steph is a key member of Leicester Ladies Hockey Club, the most successful standalone female hockey club in the country.

Leicester Ladies compete in the National Premier League, both indoor and outdoor, which is the highest domestic league in the country

During her first season she helped the 1st XI win European Gold at the EuroHockey Club Trophy, the first time the club has won a European title in its 120 year history.

A former England netball international, Tamsin is one of the most recognisable names in the sport having recently made the transition into coaching.

Winning two bronze medals at Commonwealth Games, Greenway retired from playing in 2015 and has since gone on to become coach of Wasps.

Balancing her time coaching with punditry for Sky Sports, the former Surrey star is hoping to emulate the success she had while on court.

The current Coach Development Officer for the Central area, Helen Lower has been one of the best British female table tennis players in recent history.

A three times National Table Tennis champion as a single, she also picked up six titles in the mixed doubles to make her one of the strongest competitors on the circuit.

As well as representing her nation at the Commonwealth Games, Lower is now hoping to help inspire the next generation of potential stars in the sport.